While Donald, frustrated and thirsty for Putin or Xi Jinping’s unbridled, undemocratic powers and once again managing to insert his giant orange head way, way up his rectum, making it unambiguously apparent that he has no clue of what the First Amendment represents, I’ve been busy building a small deck.

It’s an ongoing family joke about how impractical I am at just about anything that has to do with home improvement. I love the idea of fixing stuff, but I just don’t have the knowledge, patience, or eyesight to even come close to achieving the results I honestly think I am (theoretically) capable of. By now I certainly know my strengths and weaknesses. So for me, the key to successfully executing an idea where any kind of carpentry is involved is to hire someone for the job.

Yesterday, my buddy Thomas Hansson was the designer, foreman, and Master Carpenter and I was his clumsy, impatient apprentice. I’m sure that had I not been the employer, he would have fired me early in the day. Which would have been totally justified. As I said, I know my limitations and shortcomings. Which is something Donald J. Trump time and time again proves he does not. The millions that still don’t recognize his apparent ignorance and inability to serve the nation and heal the pain so many are going through right now are nothing more than halfwits. They might not even know they are, but such is the plight of ignorant folks. Not even when presented with an abundance of evidence do they let go of their trust in halfwittedness.

(NO TRUMP) YOU CAN'T TOUCH THAT

The Known and Unknown 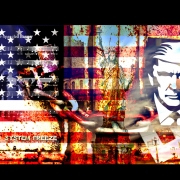 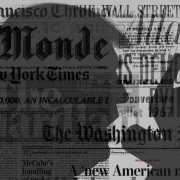 Behind the scenes at Union Square
Old School Mowing